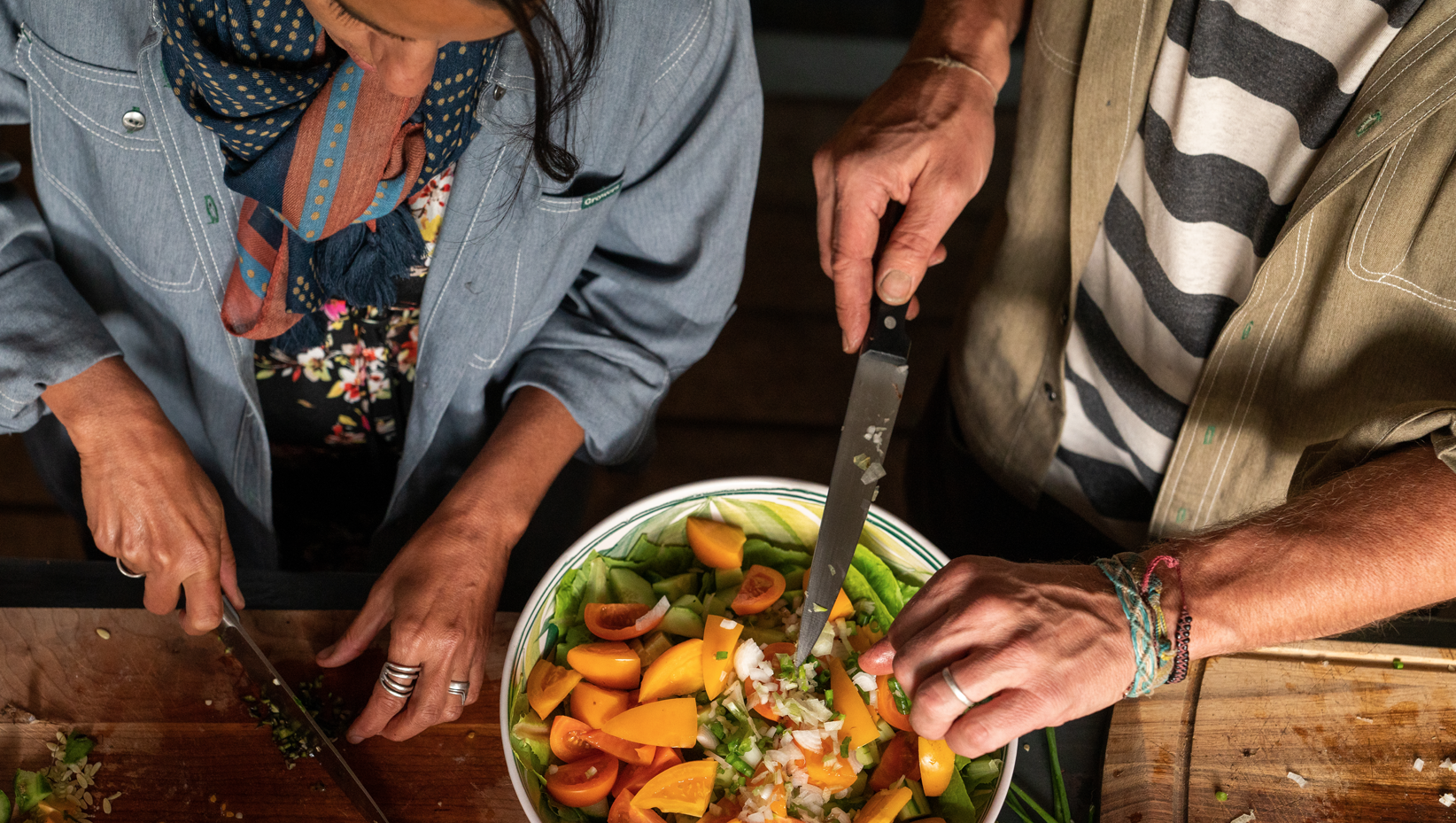 We travelled to Casa Dunya to meet Anita and Nils, two creative artists who settled on their own piece of paradise almost 15 years ago. In our new Growers & Co. series, the two talk about family, nature, food and the key to finding happiness.

What would you say is your recipe for happiness?

N: For me, it would be just to be grateful. You wake up everyday, and have an opportunity to be playful, to be creative, to not stress too much, to find joy in the really simple things. I’m quite happy to create our own world, I don’t need to be served, I prefer to be with a group of friends who are cooking and creating music together.

A: I don’t know if it’s a recipe, because recipes repeat themselves all the time, and happiness should be new. But the secret for me would be love and nature and health. Love, nature and health are pretty much the ingredients, and then after that the recipe would be mixing these.

"The recipe is: stay in the sandbox and keep playing, like you’re a kid.”

We're curious to know more about who you are.

N: My name is Nils Fluck and I am half Swedish, half English. I was born in Iran and grew up in Africa and Asia. I came to Canada traveling, just seemed like a very interesting place to go. I came here on a road trip, and I’m still here 25 years later.

A: I’m Anita. Nils and I have lived here for 15 years now. The home we chose is a place that’s quiet, we have no neighbors, and we’re really on the outskirts. It’s our little paradise. 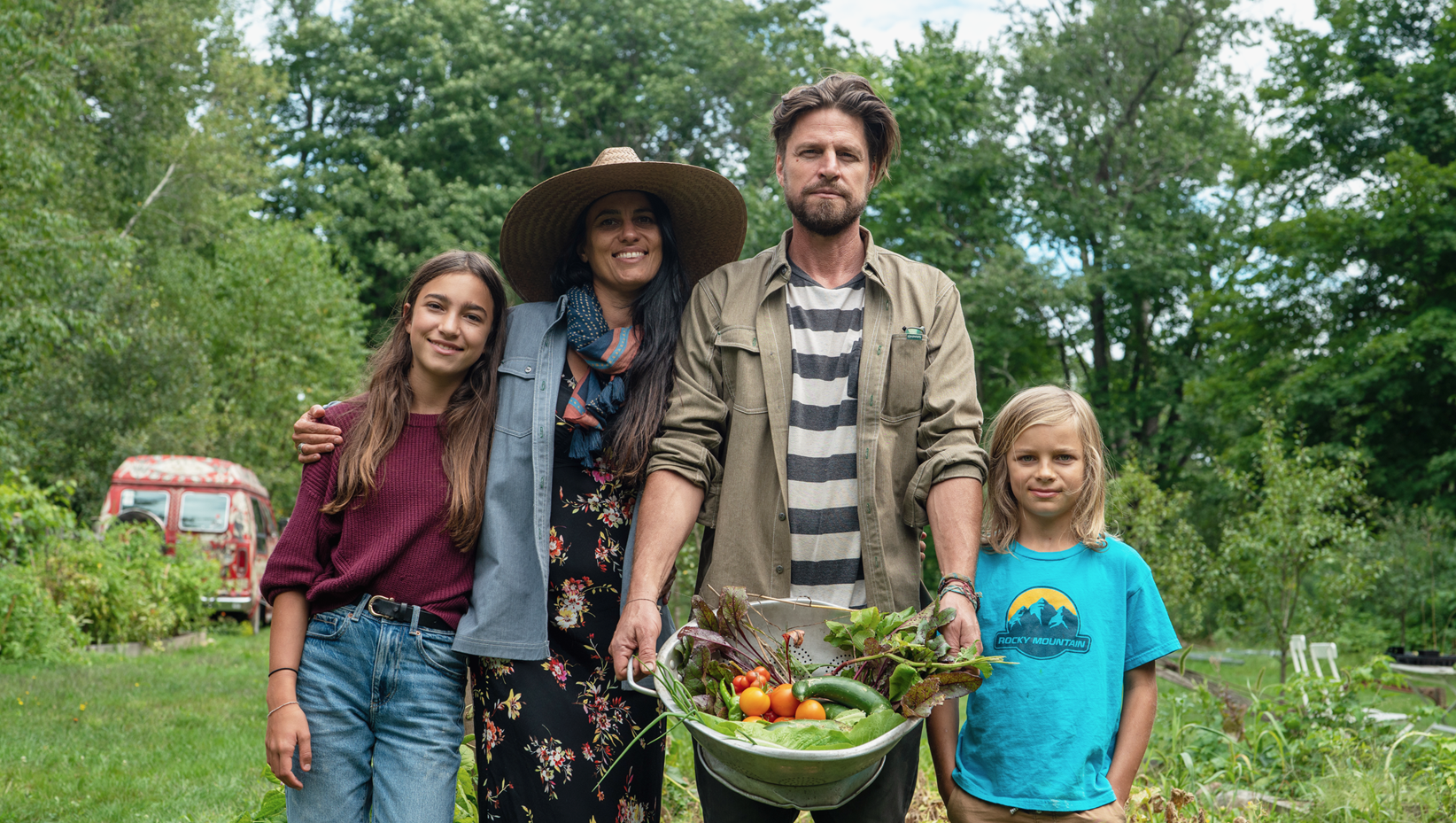 What does food and growing mean to you?

A: For me it’s important to be able to grow our own vegetables. We save all the steps, first be it of importation, or all the packaging steps when we go to the grocery store. We just go out and get our vegetables. It’s really satisfying afterwards to cook; we are able to cook entire meals with what we grow. We almost don’t need to go to the grocery store during the summer. We have more vegetables then we need!

N: I think most people should be trying to produce something, and then trying to keep the produce as local as possible. So around the planet I think, everyone needs to be growing rooftop or whatever. For us we are lucky enough to have the space to do it, and then create the time. 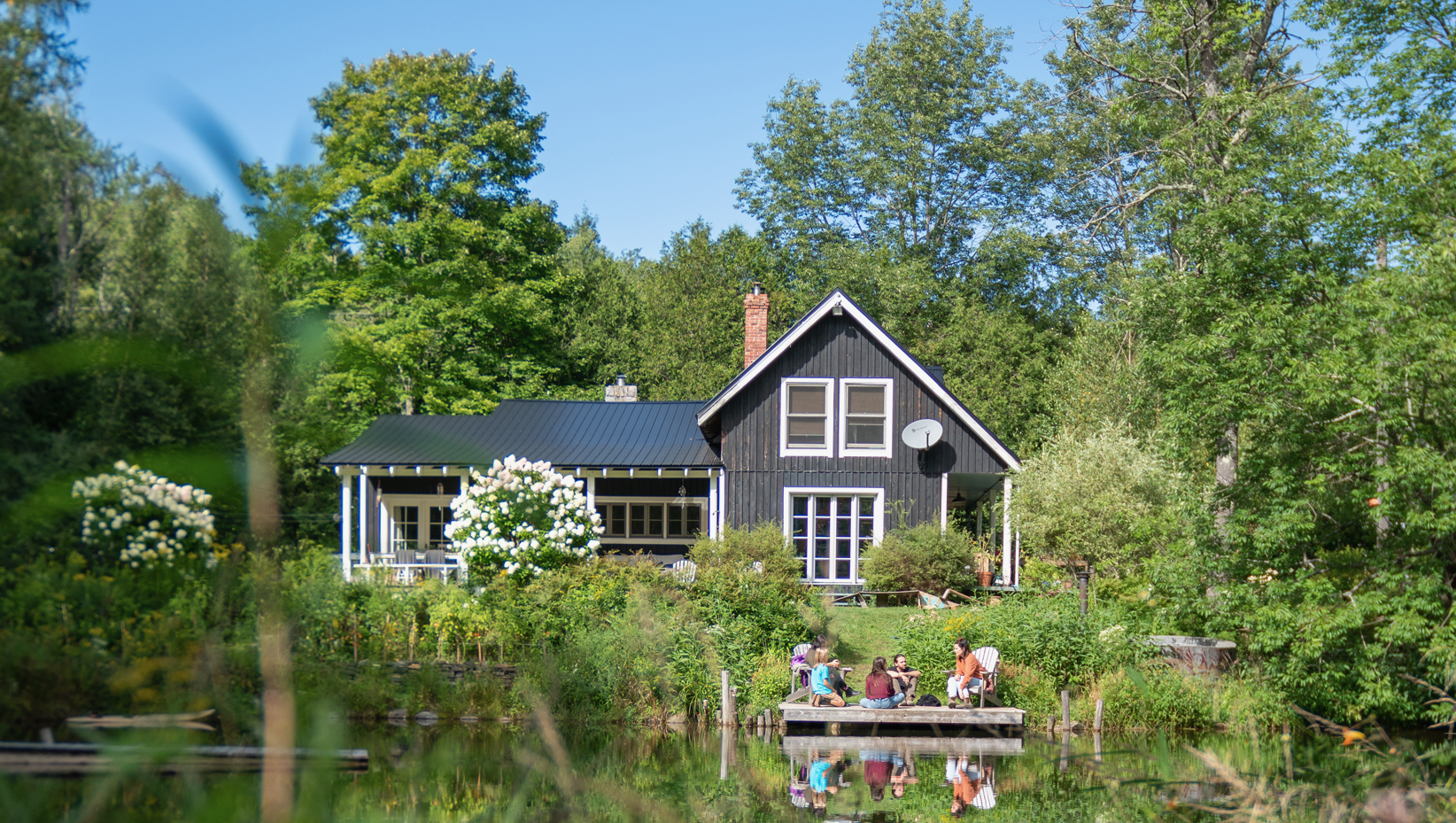 Tell us more about Casa Dunya.

N: Well, the whole home is pretty much about giving a second life, everywhere you look around, every little piece has a story. I grew up all around the world and travelled a lot. So when you see there are a lot people that don’t have a lot, but they still make a lot with what they have. For me, I really like to live by that same ethos. I really try to find a way to not waste - from food, to objects, to clothing.

Take for example, this piece of poplar-tree that was in the driveway. Instead of just burning it, I’m making a series of cutting boards. 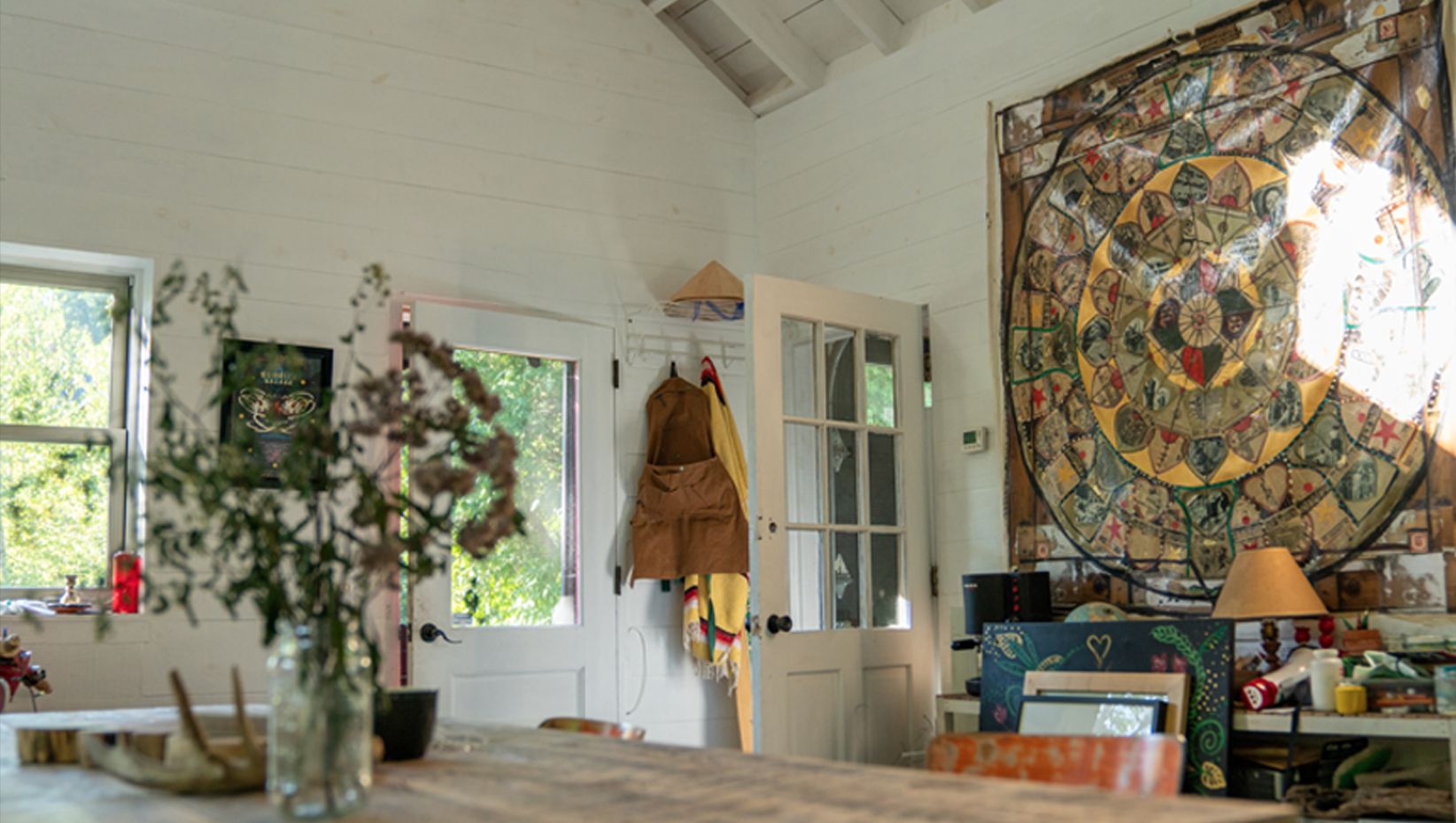 How do you give a second life to objects around you?

N: The house when we came here was completely abandoned. When we bought it, it had broken windows; there was no kitchen, no bathroom. It was completely run down, but there were things that were worth saving in it. Saving something like this actually takes more time and more energy. It’s easier to build new, but there’s something about the stories that go with saving this house, and that need to be preserved and that also gives character to the space.

A: We have become more creative in using the resources that we have directly at home - we grow, we keep, we store, we reuse. Sometimes there are certain things I wanted to get rid of, but Nils would say ‘yes yes, we keep it, we keep it’. And then at some point, 5 years later: you see - this bucket, we’re using it for something! 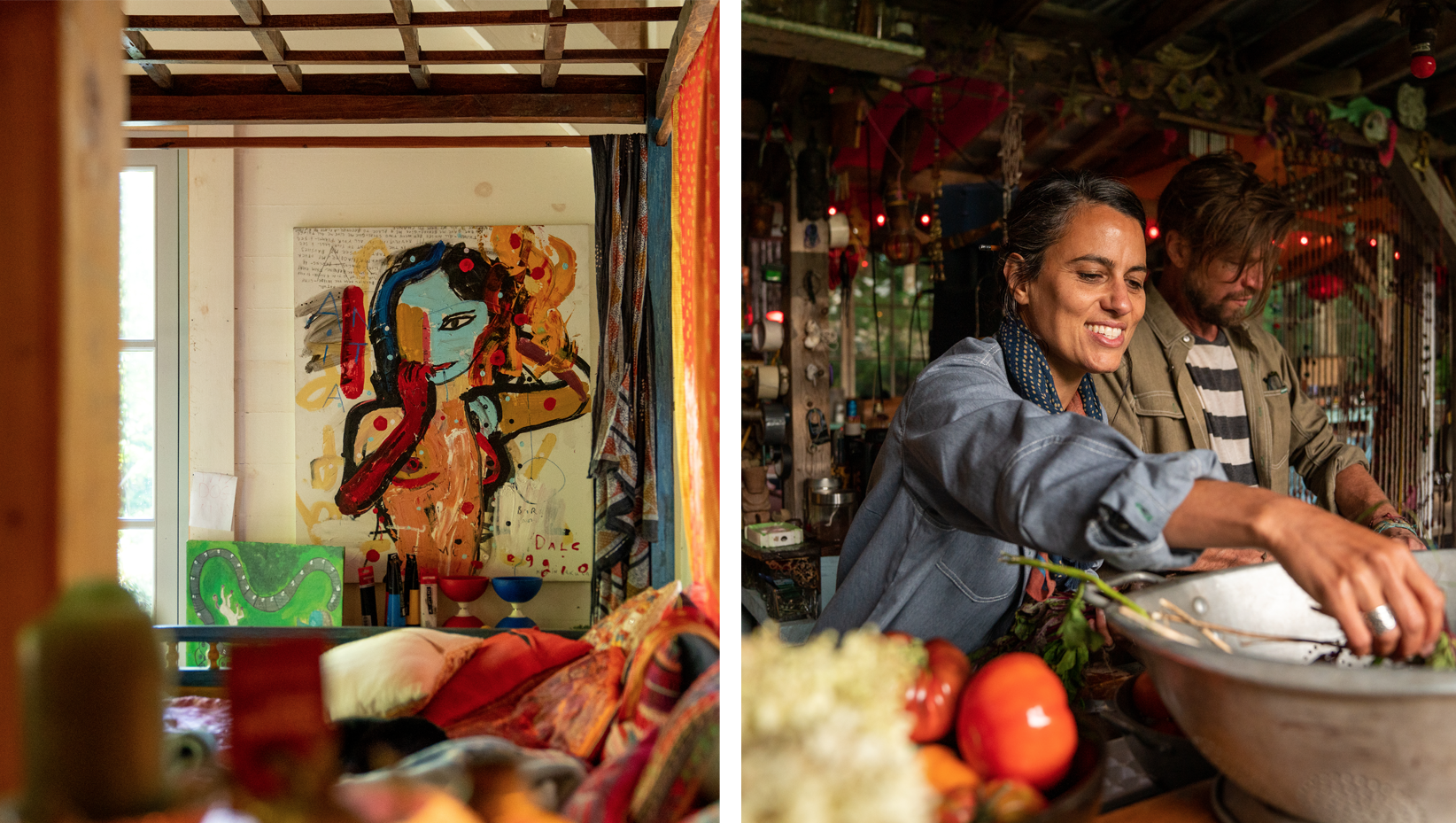 How does Casa Dunya inspire your work?

A: Working in a creative, artistic field, when I write a play, it’s not usual that I get all my ideas in an hour, so it’s a process that comes throughout the day.

I’ll write in front of the computer, and then if it’s not working; I’ll leave everything there. I’ll go walking, I’ll go see the flowers, or I’ll weed the garden. Sometimes it’s when I garden that ideas start to come. It’s really a source of inspiration to live in the country. 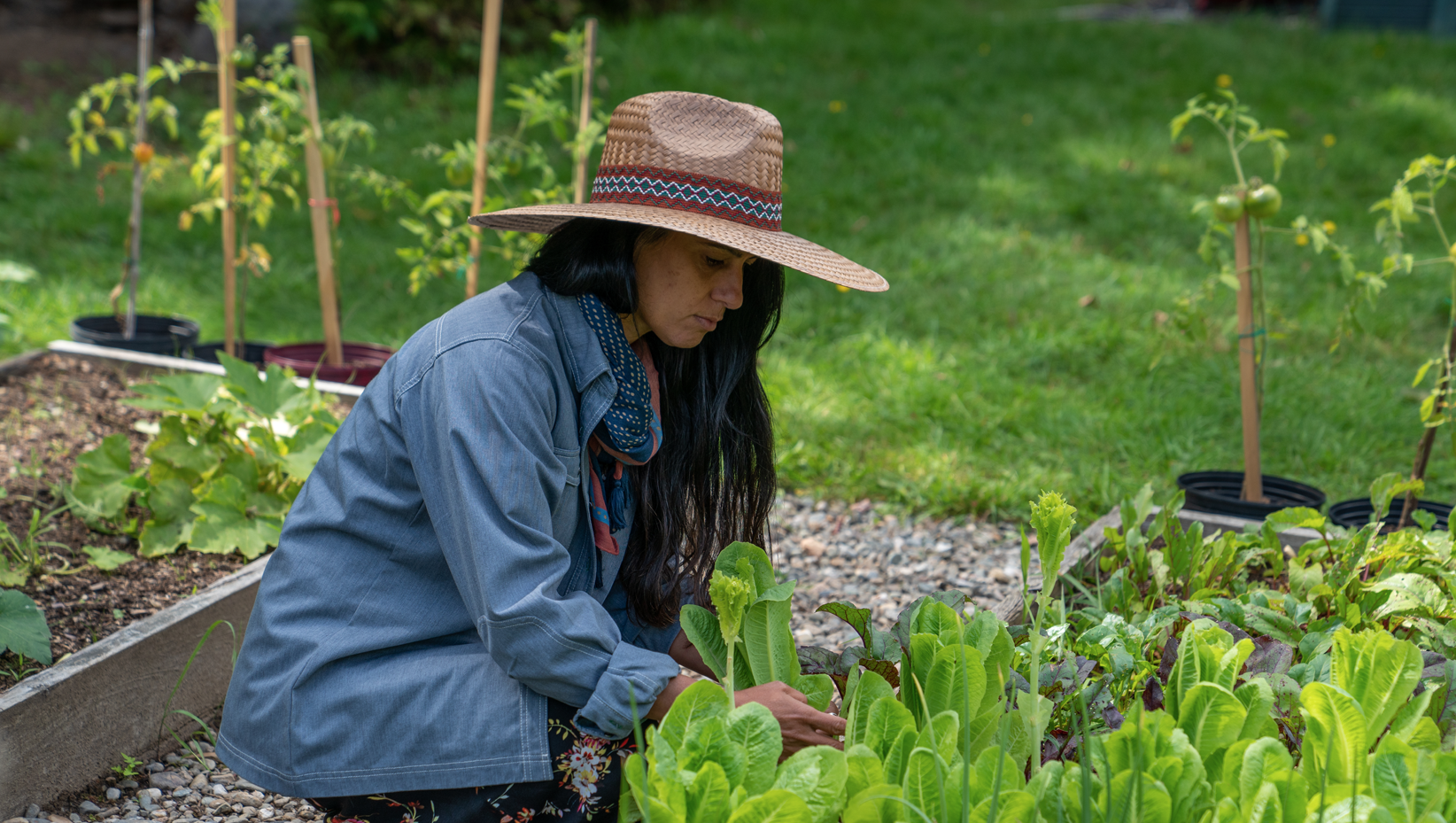 Have the children enjoyed growing up at Casa Dunya?

A: For the children to live here in the country - to have a place to run, to explore … it has no price.

N: The kids are so involved, and they tend to be super creative and playful on a day-to-day basis. Even Mikeal, he’s starting to build his own BMX jumps. I gave them a toolbox this spring just for their own tools, so they don’t need to bug me anymore, they can go and dive in and start to build things for themselves.

"It’s still a trip, it’s still a voyage on a day-to-day basis. You step outside and you can step into a different environment. You can bring friends into a space like this and create moments.”

Tell us more about your love for music.

N: Traveling around the world, I was always the one playing music and creating a party. Music is a super big part of everything I do. And for the family, we end up listening, like in the winter time, we’re in here cozy, and I’m just finding so many old records and that you can kind of just pull one out, and we’ve never listened to it before. So we’re always even discovering new music.

I don’t really listen to the radio. So my way of finding music is by digging online for more electronic tracks for DJing, but the rest is just random discovery. How do you balance everything, what’s the key to making it all work?

A: Nils and I make an amazing team; everything we do in relation to the house is like an exchange. We are even often sometimes surprised at the result, it just happens by itself, in harmony, and then afterwards we look at it, and are like: wow, we did that!?

N: We know how to move together, and then the kids flow around that. It really seems natural; we don’t have to work too hard to find that balance. 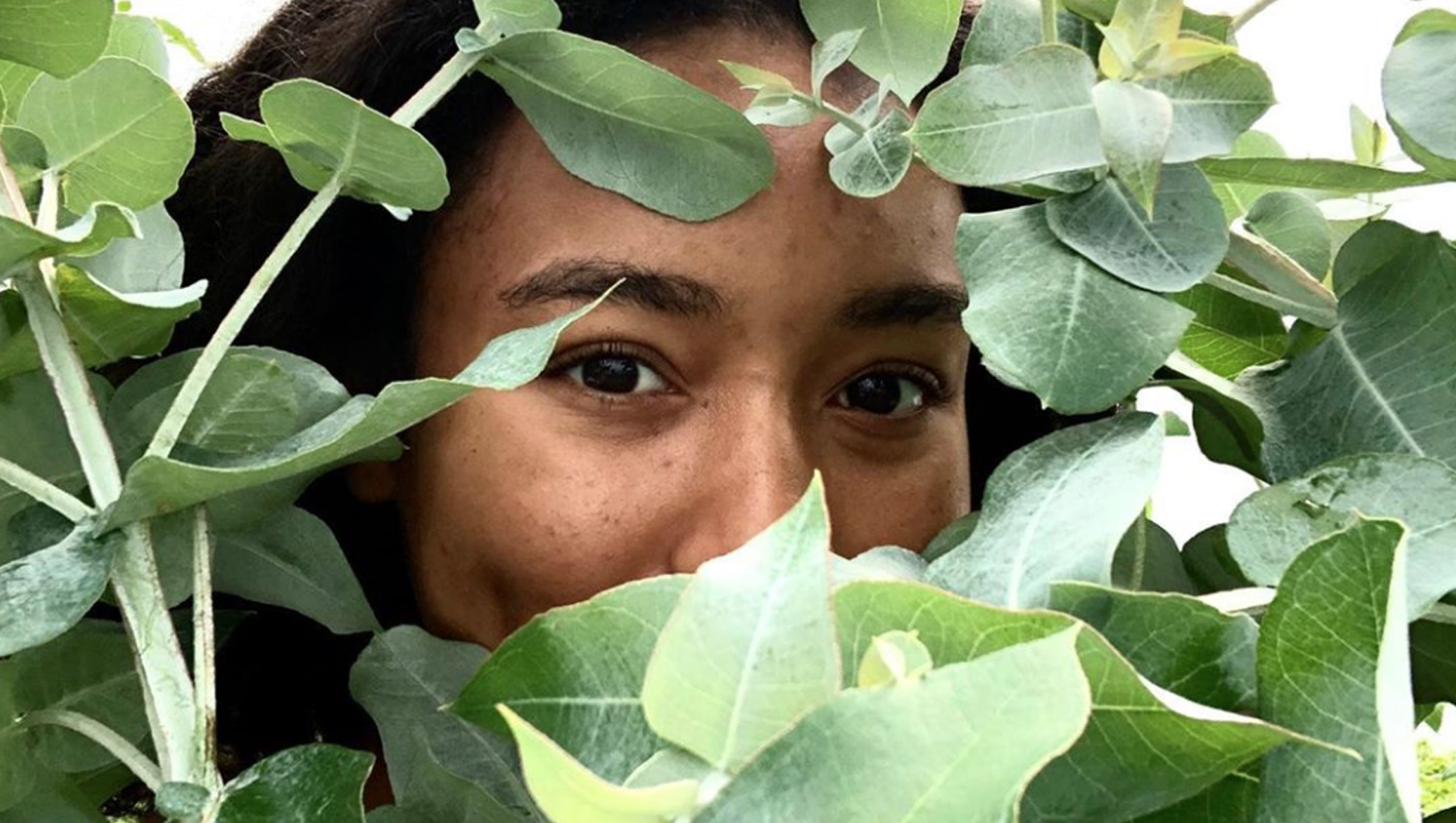 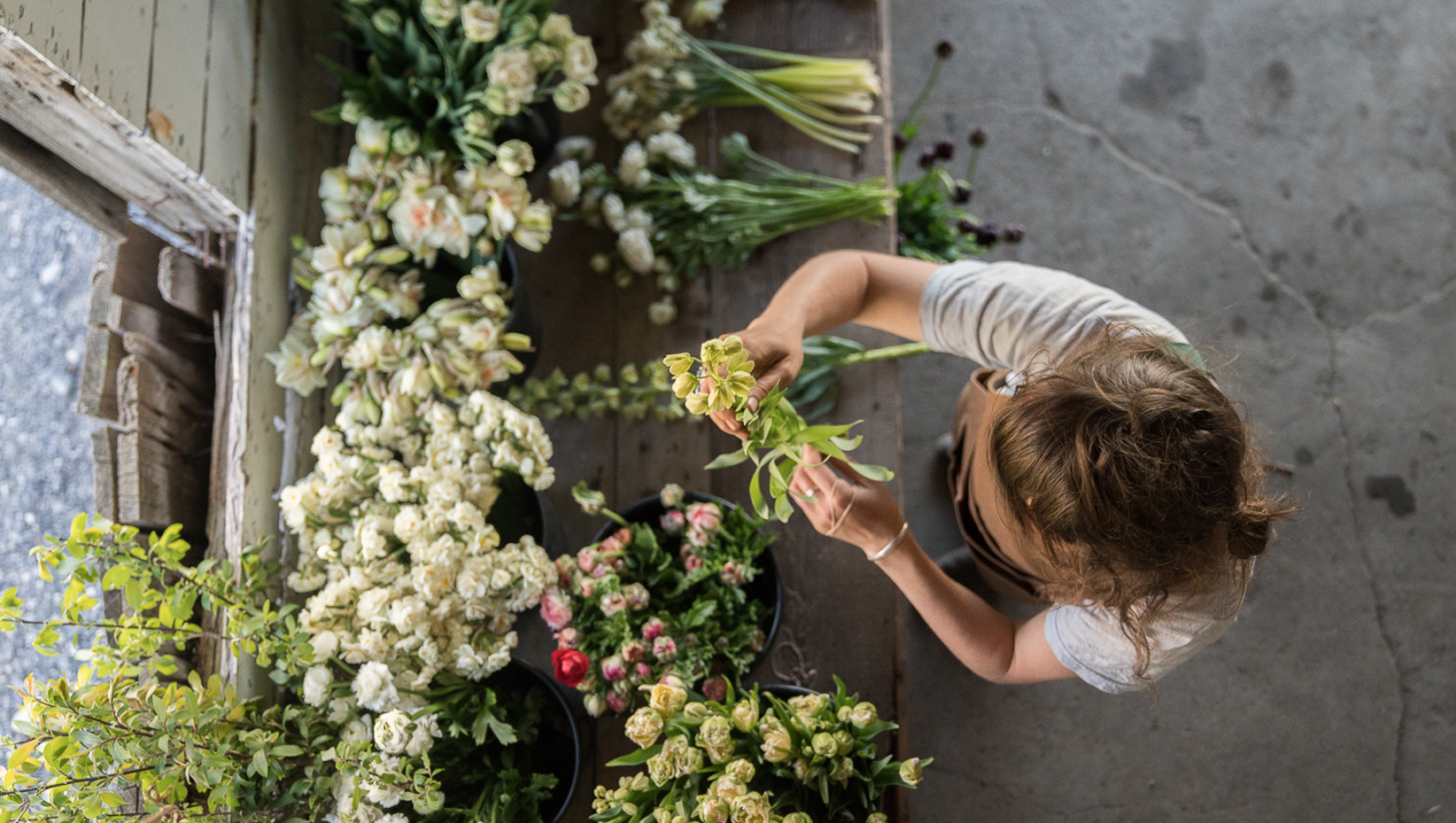 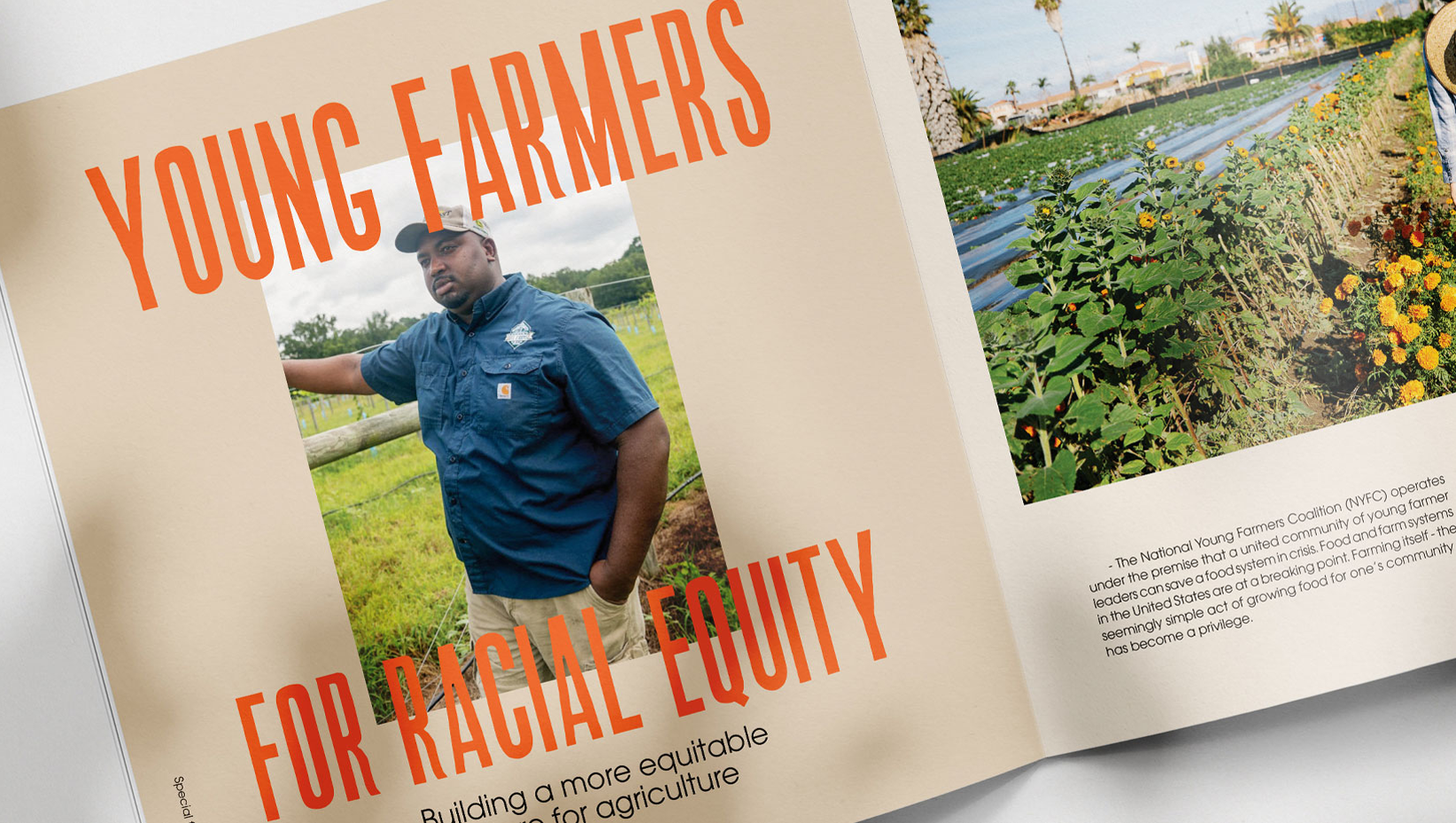 We sat down the National Young Farmers Coalition to discuss how we can build a more equitable future for Agriculture...
Read more